Originally from Belgium, François graduated in early 2019 from the University of Brussels with a PhD in Biochemistry, Cellular and Molecular Biology. He was part of the Graduate Partnership Program (GPP) at the National Institutes of Health (NIH), where he performed most of his research in the lab of Dr. Susan Gottesman studying the posttranscriptional regulation of acetate metabolism by small RNAs. He discovered that the activity of central carbon metabolism, more specifically the Krebs cycle, can coordinate the regulation of acetate dissimilation pathways through the biogenesis of a small RNA. His particular interests include microbial pathogenesis, gene regulation and the analysis of deep sequencing data. Outside the lab, François enjoys expanding his skills in data science with online classes, learning new languages and traveling to new destinations. 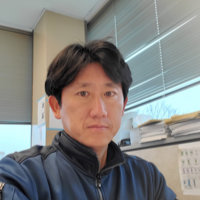 Originally from Seoul, South Korea. After completing a Ph.D. in molecular microbiology from Seoul National University in 2005, WonSik joined the lab of Dr. Eduardo Groisman at Washington University in St. Louis for a postdoc, conducting research on gene regulation and a mechanism of the two-component regulatory systems that is critical for virulence in Salmonella typhimurium. Then he moved to Yale University with his PI to continue his research. He determined a mechanism of intrinsic negative feedback whereby a change in the opposing biochemical activities of a bifunctional histidine kinase results in differential gene expression, which has implications for the diverse cellular events that depend upon the enzyme’s function. Later, he joined the lab of Dr. Taeok Bae at Indiana University as a scientist and worked with Staphylococcus aureus, focusing on antibiotic resistance, control of gene expression, the development of anti-virulence drugs, and the SaeRS two-component system. He is interested in how an organism senses environmental signals, how those signals are transmitted into the cell, how an organism turns a gene on or off to adjust or survive in a given condition. WonSik enjoys traveling, camping, fishing with his family, and playing games and soccer with his two daughters. 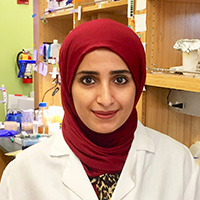 Shahad Alqahtani comes to us from Jeddah, Saudi Arabia. She earned her B.S. in Microbiology from King Abdulaziz University in 2012 and subsequently her M.S. in Cellular and Molecular Regulation at St. Louis University. Her M.S. thesis research focused on Group B streptococcus (GBS) and its reliance on glutathione to defend itself against reactive oxygen species (ROS). Shahad recently received a scholarship from the Kingdom of Saudi Arabia to pursue her Ph.D. in the Brinsmade lab, where she will focus on CodY’s role in activating the SaeR/S Two Component System. When not in the lab, Shahad enjoys walking, cooking, and dancing with her son. 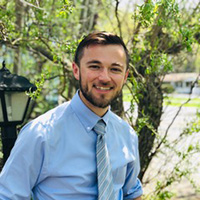 Originally from Southeast Virginia, Dennis graduated from Old Dominion University in the spring of 2018 earning his B.S. in Biology with a Minor in Music Performance. After completing his degree, he began working in the Biological Sciences Support Facility at ODU. While working there, he developed close connections with the research faculty on campus and eventually transitioned to working as a technician in the Daines lab on the Gram-negative, halophilic pathogen, Vibrio vulnificus, studying the effect of a Type II Toxin-Antitoxin System on growth. Overall, he is excited to pursue his Ph.D. in Biology at Georgetown University as a member of the Brinsmade lab. His specific interests include microbial pathogenesis, host-pathogen interactions, and the bacterial stress response. Away from the lab, Dennis enjoys trying new places to eat in DC, spending time with his cat, practicing French horn, cooking, and sipping a nice glass of whiskey at the end of a long day. 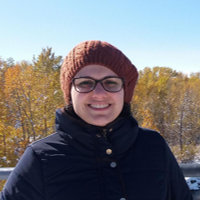 Originally from Brazil, Marcelle earned her Bachelor’s Degree in Pharmacy from the Federal University of Espirito Santo in 2013 and, in 2015, her M.S. in Sciences (Microbiology) from the Federal University of Rio de Janeiro. Her M.S. thesis research focused on the characterization of biofilm composition and on the study of genes related with virulence in Staphylococcus epidermidis. After finishing her masters, Marcelle worked as a Pharmacist in the Brazilian Army, but never left behind her deep passion for research and Microbiology. She feels honored to pursue her PhD in Biology at Georgetown University and in being a member of the Brinsmade Lab. Her specific interest is in host-pathogen interactions, mainly through biofilm formation. Outside of the lab, Marcelle enjoys having time off at home with her husband, running, seeing nature, making cakes and eating good food.

Gus grew up in Wisconsin before obtaining his BS in Microbiology at the University of Minnesota Twin Cities. During his undergrad, he studied Shewanella and extracellular electron transfer in the laboratory of Dr. Jeffrey Gralnick. Through funding from a Fulbright grant, he then completed his MSc in Geography at the National University of Ireland Galway, where he used stakeholder interviews to study management strategies for Irish seaweed harvesting. In the Brinsmade lab, Gus looks forward to applying his skills in bacterial genetics and data analysis in R to understand regulatory interactions between CodY and the SaeRS system. In his free-time, Gus enjoys backpacking, playing banjo, and seeing drag shows. 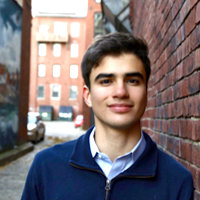 Daniel is an undergraduate student majoring in Biology of Global Health and minoring in Mathematics. Previously, he assisted in clinical oncology research at Georgetown Med Center where he became interested in post-operative infections associated with cancer surgeries. On campus, he works for The Corp at Vital Vittles and is a member of Georgetown University Students for Health and Medical Equity. In his free time, Daniel enjoys playing basketball, running, and exploring DC.

Steven is an undergraduate student majoring in Biochemistry and minoring in Mathematics and Public Health. After observing several surgeries in the OR, he became interested in the causes of post-surgical complications. As a result, he is interested in engaging in research that investigates how agents of sepsis, such as Staphylococcus aureus, develop biofilms that enter patients’ bloodstream via surgical devices. He hopes to contribute to our understanding of the role of CodY in the production of extracellular DNA-based biofilm. Outside the lab, he is a volunteer at MedStar Georgetown University Hospital. Personally, Steven likes to play basketball and soccer and enjoys listening to music.

Stacey is an undergraduate student majoring in Human Science with a pre-med focus. She became interested in working in the lab after spending a summer interning at the National Institutes of Health working with two novel genes in S. pombe. On campus, she is a member of Globe Med. In her free time, Stacey likes to read, watch movies, learn languages, and spend time with her family.